Founding Farmers is one of the most popular, and cleverly named, restaurants in Washington, D.C. According to its self-description, “it is a celebration of the land and the American family farmer; it is a nod to the founding fathers of our country, many of whom owned and farmed land that surrounds Washington, D.C.; and it is a place where true, sustainably farmed, grown and harvested American foods are brought to our guests.” Farm-to-table, slow food — it sounds great!

And when I think of sustainability, family farms, and tradition I think of . . . a metal and glass skyscraper.

Hmm. Sterile and uninviting. That doesn’t tell us much about the restaurant.  Let’s try the entrance.

The shiny base of the Trump Tower? The sans-serif font is more reminiscent of Crate & Barrel than the Old Farmer’s Almanac.  Maybe the interior will be better. 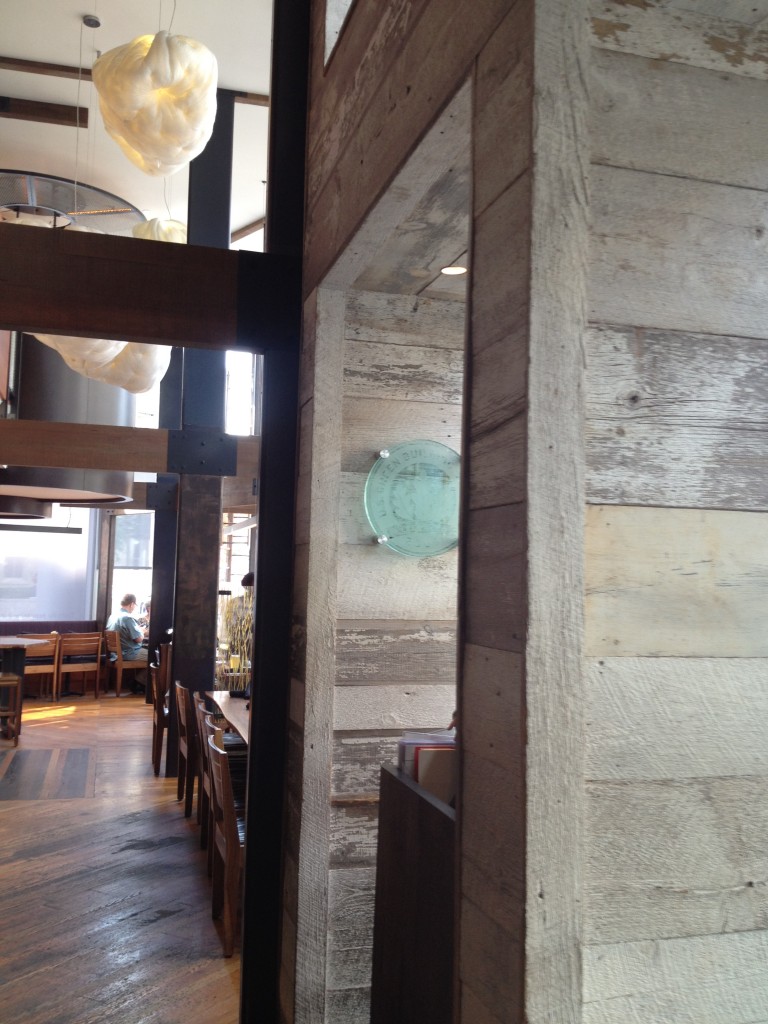 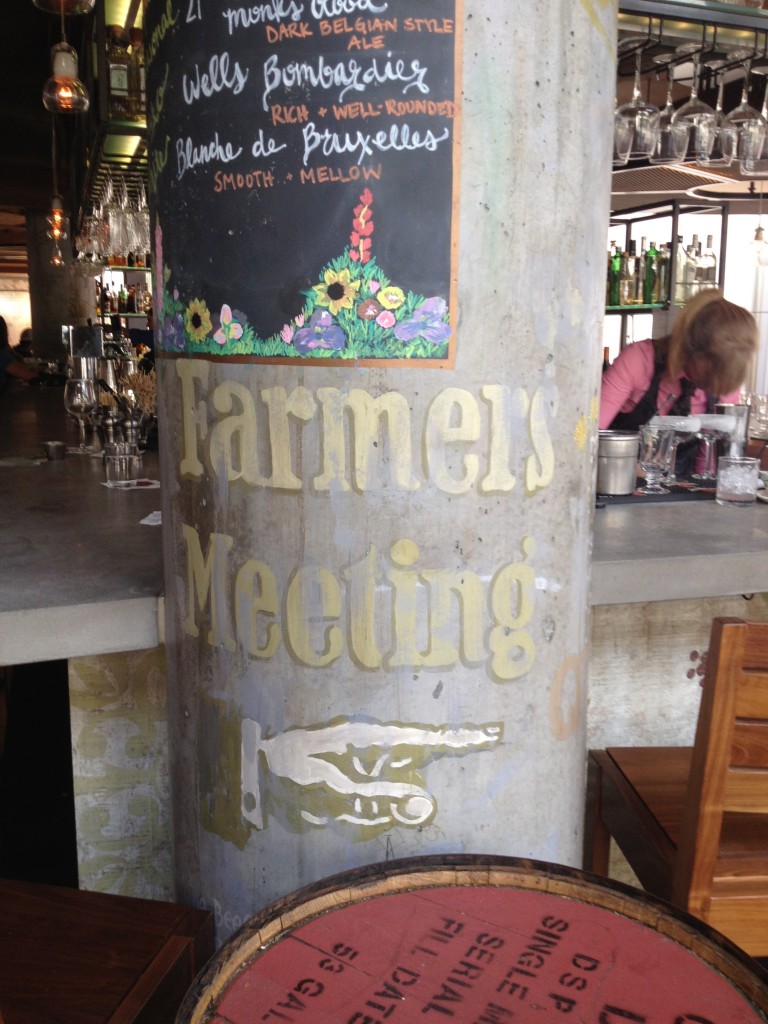 The faded folksy painting and bistro-ish “chalkboard” menu is not a bad cover-up. And that wooden barrel helps to hide the pillar. Compare the fonts (even some cursive!) to that on the restaurant exterior. Let’s saddle up to the bar. 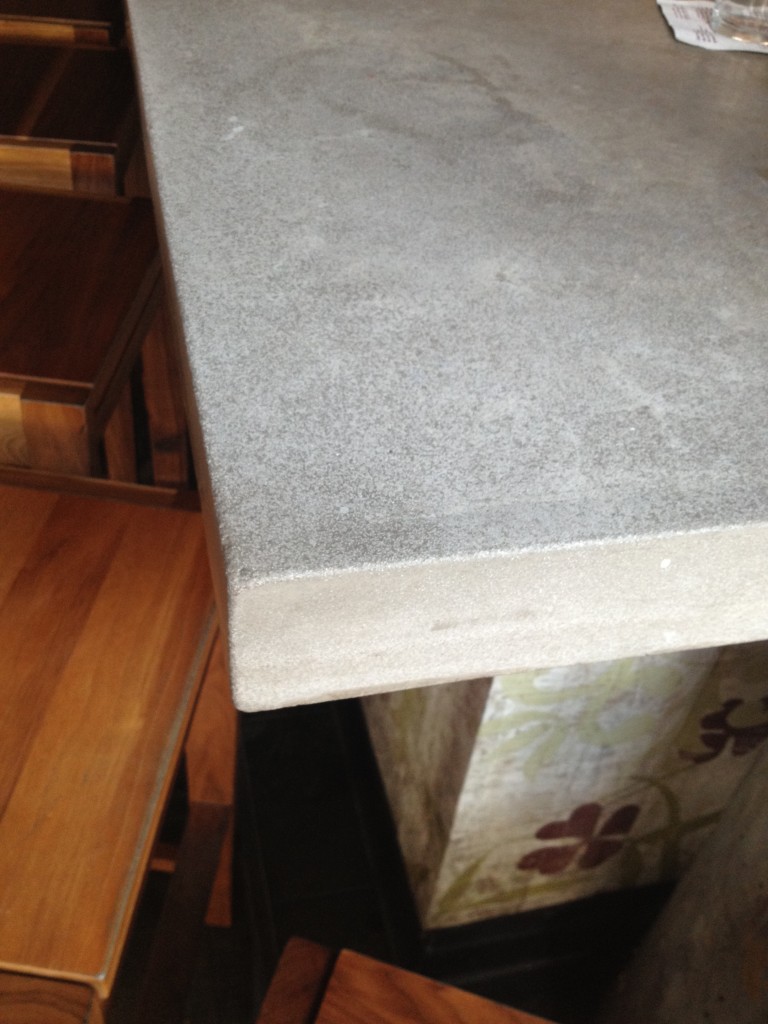 Uh oh. A concrete bar top? Cold-to-the-touch with a knife edge instead of a bar rail? Yes, exactly where I want to rest my arms while enjoying a tankard of beer. And then there’s the unpleasant feel of a glass grinding on the surface.  That slab will age as gracefully as a parking garage.

The somewhat rustic restaurant is located at the northwest corner of the International Monetary Fund building (2005), designed by Pei Cobb Freed & Partners. (It’s definitely an improvement on the older IMF headquarters, a brutalist hulk that touches the eye like Dominique Strauss-Kahn does hotel maids.) At the northeast corner of the newer building is another oddly located commercial establishment: Book Arts, which sells sumptuous leather-bound books made by traditional European craftsmen.

This entry was posted in architecture, typography. Bookmark the permalink.