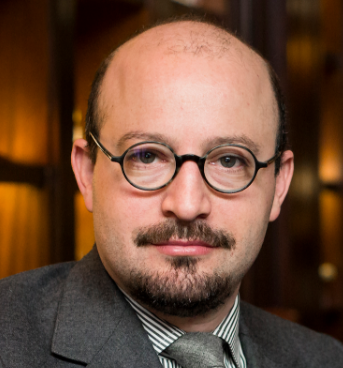 I am President of the National Civic Art Society, a non-profit organization headquartered in Washington, D.C. that promotes the classical and humanistic tradition in public art and architecture. In January 2021, I was elected Chairman of the U.S. Commission of Fine Arts, an independent federal agency comprising seven presidential appointees who are the aesthetic guardians of Washington. I also sit on the Board of Advisors of the Roger Scruton Legacy Foundation, and the Board of Academic Advisors of the Alexander Hamilton Institute for the Study of Western Civilization.

The New York Times and NPR have called me “one of modern architecture’s biggest critics.” I was recently interviewed by Sivilisasjonen (“Civilization”) magazine and the Epoch Times.

As part of my duties at the National Civic Art Society, I have overseen Rebuild Penn Station, a project to rebuild McKim, Mead & White’s Penn Station in New York City. The project has received coverage in the Wall Street Journal,  Architectural Digest, and The Weekly Standard, among elsewhere.

I’m the author of The Gehry Towers over Eisenhower: The National Civic Art Society Report on the Eisenhower Memorial, a 150-page examination of the memorial’s competition, design, and agency approval. The report was credited with galvanizing the opposition to the memorial. Architect magazine reported, “NCAS voices legitimate concerns—about the scale, materials, and durability of Gehry’s design, for instance, as well as about the selection process.” Reviews said the report was “fiery” and contains “devastating pieces of information.” MIT professor Paul D. Spreiregen, the professional advisor for the Vietnam Veterans Memorial competition, said the report is “quite fascinating” for presenting “at least four articles in one—Gehry, the design, the process, and classicism.”

RealClearPolitics wrote, “Shubow and his group have become go-to sources for criticisms about the memorial in papers like The Washington Post, New York Times, and The Daily Beast.” Philanthropy magazine reported, “In taking on Gehry, [the National Civic Art Society has] punched well above its weight class.”

In June 2012, I testified in front of the U.S. House Subcommittee on National Parks, Forests, and Public Lands on “The Future of the National Mall.” According to the senior editor of Architect, my speech was “soaring and inspiring.” C-SPAN video of the hearing here. You can find an essay adapted from my testimony here.

In March 2013, in front of the same subcommittee I testified regarding a bill to scrap Gehry’s design for the National Eisenhower Memorial. The New York Times and Financial Times quoted my testimony, which I later turned into an essay. Video here. I begin at the 54:30 mark.

In July 2014, I spoke at a congressional briefing on the Eisenhower Memorial (video here). The following month, Rep. Darrell Issa quoted my remark (published in the Daily Beast) that the alleged Kansas landscape depicted in the Memorial might as well be Kazakhstan.

I received a B.A. from Columbia University, a J.D. from Yale Law School, and spent four years in the University of Michigan’s Ph.D. program in philosophy. I taught my own philosophy courses as an instructor at the University of Michigan and Yale College. I am a former editor at the Forward newspaper and Commentary magazine, and have published architectural criticism at Forbes online, First Things, Public Discourse, The Washington Post, and The Weekly Standard. I have also published reviews, articles, and criticism on everything from political philosophy to terrorism to menswear. I’ve spoken about architecture and other subjects at the U.S. State Department; National Arts Club; Baylor University; Colorado College; Hamilton College; Siena Heights University (Dialogue Day keynote address); and the Universities of Michigan, Pennsylvania, and Virginia, among elsewhere.

You can find me on Twitter at @JustinShubow. Send me an e-mail at js@shubow.com.